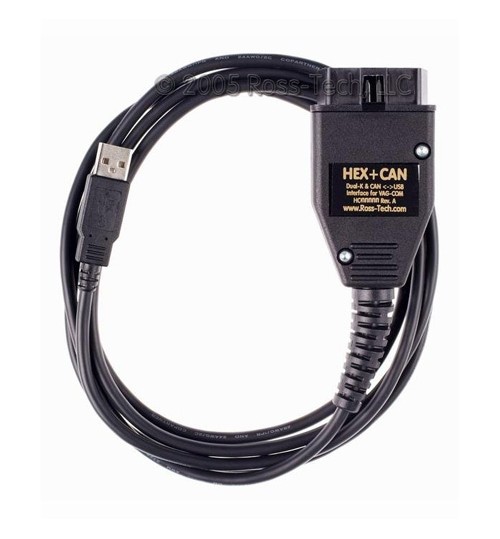 Intelligent Dual-K Plus CAN USB Interface

We recommend at least a 1 GHz Pentium-3 (or AMD equivalent) with 128 MB of RAM and Windows XP or newer. Windows Vista or 7 on a machine robust enough to support the respective operating system are also fine. As of version 10.6, we no longer support Windows 95, 98, ME or NT4. If you're using a PC that has a CPU speed less than 1 GHz and which has a Serial port, then you should consider the Serial HEX-COM+CAN instead.

The cable on this interface is about 6 feet long -- just right for most laptops. The USB standards do not allow for passive extension cords! We have tested many Active USB extensions and have found one that works. You can order the 16-ft Active USB Extension from our Store. We do not sell or support any other brands or models of USB extensions, if you have problems when using one,  the first thing we're going to tell you is to eliminate the extension.

This interface performs best with Windows XP, Vista or 7. It can be used with Windows 2000, but performance may be somewhat degraded if using Windows 2000 and compatibility with "difficult" control modules may be reduced.

This interface requires a special driver to be installed on your PC. It does not emulate a COM port. That means this interface will not work with any other software besides VCDS.

Install the VCDS software on your computer. The rest is plug and play operation. Refer to the documentation.